All of us know ‘Floyd “The Money” Mayweather‘ as one of the greatest boxers of all time. So, you will understand how grand you have to be to earn a similar name. In ‘Street Outlaws,’ meet the prodigy who already has got the nickname of ‘The Money Girl’ from the internet. We are here talking about the prodigy racer, Mallory Gulley, and try to uncover her net worth.

Is Mallory Gulley married or dating? It is something we will explore as well on popular demand. You can learn all about Mallory Gulley’s net worth and personal life through her biography here.

Mallory Gulley got the title of the Money Girl because, as many of you may recall, she is the young girl on the tracks of Street Outlaws: Memphis, who would hand out the money to the winner. Some of you may still not be able to refresh your memory, but we can’t blame you since we thought nothing of her at first, though. 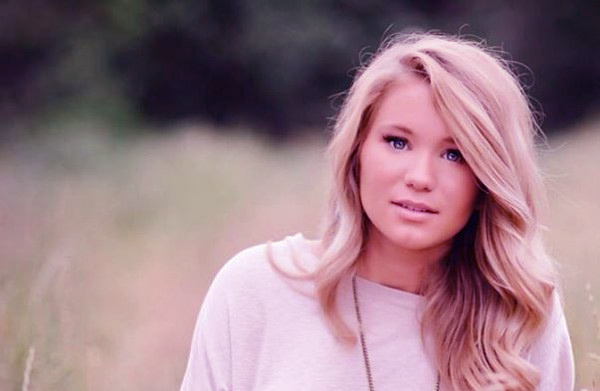 However, it turns out that she was a legacy racer being the daughter of Kenneth Gulley. Now she is all set to make her impact as a racer as well as star in the show. Here is everything we know of her today.

Mallory Gulley was born on March 9 of 1996, in her hometown of Jonesboro, Arkansas. As we said, her father is none other than the Kenneth Gulley, who is the owner of the Gulley Garage. Her mother’s name is Cari Sanders Gulley. Mallory has one sister, Natalie Gulley, and the two of them went to the same college, University of Arkansas. 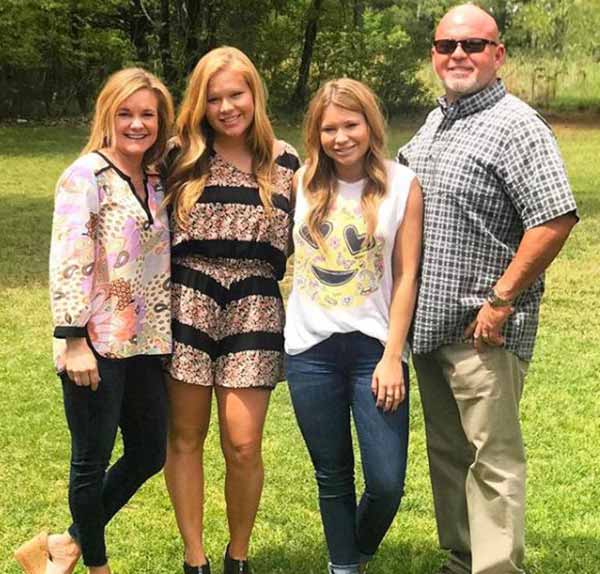 Caption: Mallory Gulley with her parents and sister

Her father is already a racer and star of ‘Street Outlaws.’ While her mother may not be any one of those, she still is her daughter’s most prominent fans supporting her through all her significant races. She often posts a picture with her mother after they attend any kind of event like this one below, where she clearly states that she is his biggest fan. 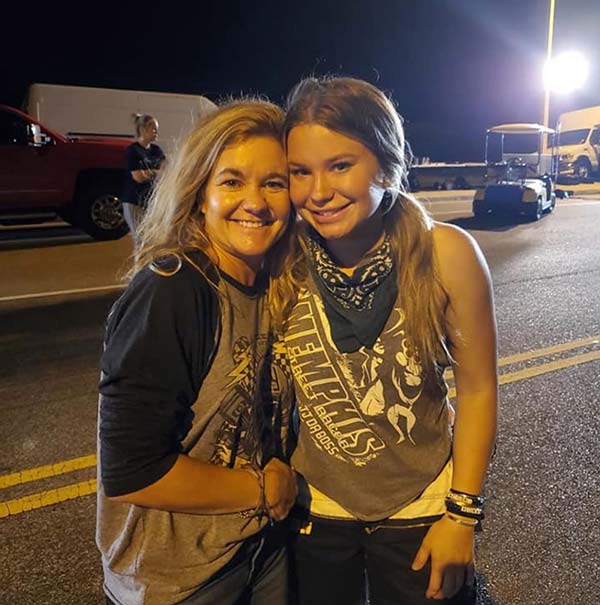 It seems that Mallory Gulley was not in the racing track every night just to handle the prize money of the races. She was actually training under her father’s good friend and what many call the ring-leader of the Memphis street drag-racing scene, JJ Da Boss. 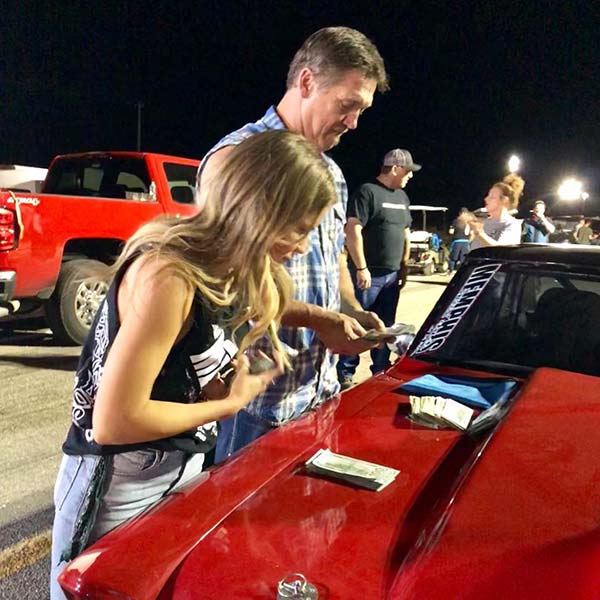 JJ Da Boss has already garnered a reputation for himself of training and introducing young talented racers to the street and Street Outlaws: Memphis, particularly women racers. He is already married to one, Tricia Day, who goes by the racing name ‘Midget.’ He also brought in Precious Cooper, who remains an idol of Mallory, right alongside another female racer of legendary status, Chelsea Day. 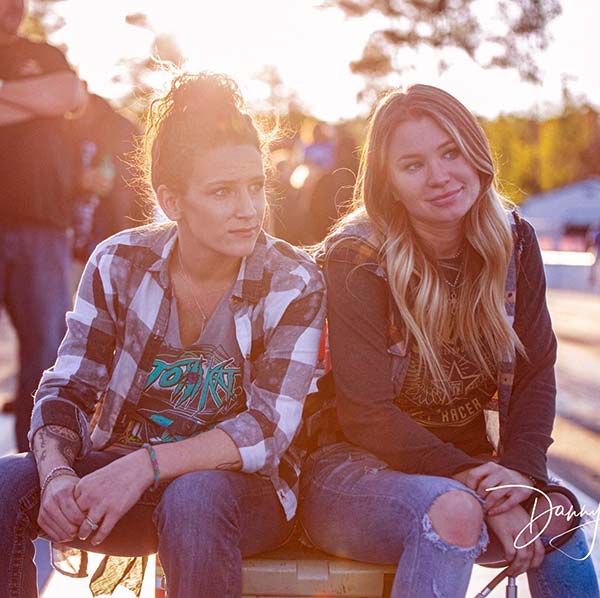 Mallory Gulley has already begun her career in racing, getting behind the wheel of a purple ‘64 Chevrolet, which is subtly called ‘The Ugly Duckling.’ Her first race, however, was behind the wheels of JJ Da Boss’ Ole Heavy, the black 1949 Chevrolet pickup, which usually sees Precious Cooper as the driver. Unluckily, she did not win her first race, but that became a hard lesson that the youngster would use as a learning experience.

Mallory sure did learn from it as now she is winning a lot more races with The Ugly Duckling. With her parents’ support and legacy and her mentor being JJ Da Boss, she has undoubtedly turned her racing career around, which will undoubtedly affect her net worth positively. Furthermore, she also has many other sources for her net worth and salary.

Her father is also the owner of a bonds company by the name of Gulley Bail Bonds back in their hometown of Jonesboro, Arkansas. In her Facebook page, it states that she is also an employee at the Bail Bonds agency. The company is probably where her father derives the name of his car, The Bounty Hunter. Well, keeping that is mind, we estimate Mallory Gulley’s net worth to be around $150,000.

It may seem like low net worth, but Mallory Gulley is just starting out in her career. If we keep in mind that she is only 24 years old and hence, has the rest of her life to dedicate and develop her career and net worth.

Mallory Gulley is not a married woman yet. In our opinion, she is still a little young and has her career to think of before even having dreams of a marriage or husband. For all the fans that absolutely have a massive crush on her, you will be glad to know that she is not dating anyone. Well, at least we have not seen her with a boyfriend or partner as of yet.

She does have someone in her life, and by that, we mean her adorable dog Chet, with his own Instagram profile with over 115 followers. He was a rescue puppy but almost full-grown now. 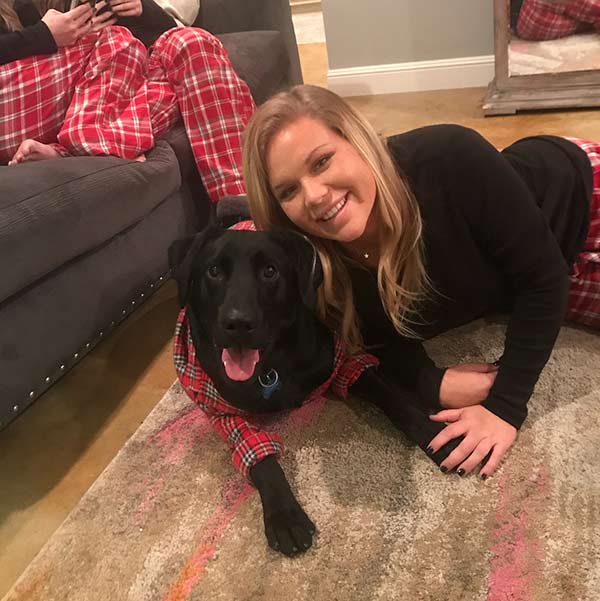 Previously, known for her appearance as the “money girl” or the one who hands the prize money to the winner of th drag race is Street Outlaws. However, we would later know her as the daughter of Street Outlaws star, Kenneth Gulley, and the student of JJ Da Boss, who was starting her racing career as well.

Mallory Gulley is not married. We are not sure whether she is even dating anyone.

No, Mallory Gulley is not related to JJ da Boss by blood, but she is his unofficial student