Maine Cabin Masters is one of the most viewed shows on DIY Networks. If you are thinking of renovating your home, then you can get the idea from the show. The show focuses on a team of carpenters and an interior designer who goes across the state of Amine and renovates the decades-old cabins and transforms it into a beautiful home.

The cast members of Maine Cabin Masters work together to remodel the cabins. The team consists of a brother-sister duo, Chase Morrill and Ashley Morrill. The brother-sister pair worked along with Ryan Eldridge and the other three carpenters.

In this article, we discuss everything about Chase Morrill’s brother-in-law and Ashley Morrill’s husband, Ryan Eldridge.

Who is Ryan Eldridge?

Ryan Eldridge is a carpenter. He was born on November 8, but the date of the year is not revealed to the media. He was born and raised in Maine and also has a brother. Currently, he lives with his family in West Gardiner, Maine. 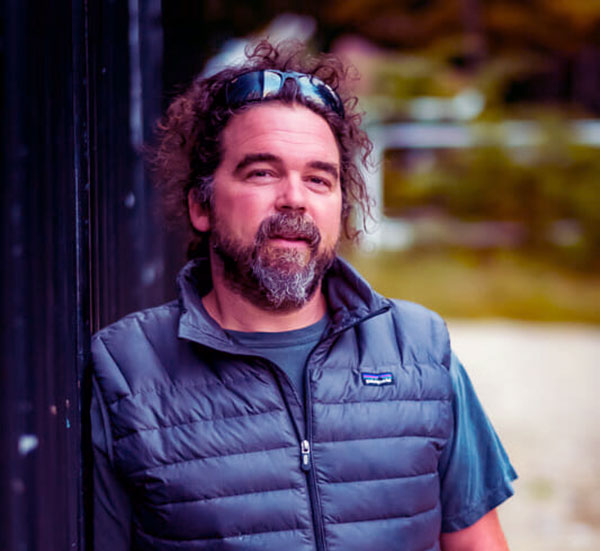 Unlike other reality stars, Ryan keeps his personal life miles away from the media. We don’t know from which school he graduated and in which subject he holds a bachelor’s degree. Additionally, he hasn’t disclosed the names of his parents.

Ryan Eldridge is Married to his wife, Ashley Morrill

Ryan Eldridge has been married to an interior designer Ashley Morrill. According to Ryan’s Facebook, he and Ashley have been married since July 19, 2014. Fans of the show have a question that did they married on Maine Cabin Masters? Well, Ryan and Ashley were married before they joined the show. 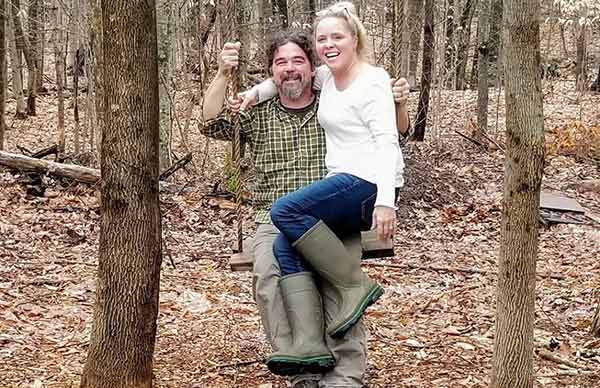 Caption: Ryan Eldridge and Ashley Morrill were swinging together in the woods

Ryan and his wife love outdoor, hiking, and living in the woods. In a Q&A session, Ryan revealed bits of his wife, Ashley. He said that Ashley was the messiest person. In addition, his biggest pet peeve is people who drive screws too deep into the wood. Ryan’s father-in-law passed away on July 27, 2014, after battling cancer for years.

Do They Have Children?

Ryan and Ashley have no children yet. There was a rumor that his wife was pregnant. She gained some weight which people thought she is pregnant, but she is not. Looking at Ryan’s social media, he is seen hanging out with his niece and nephew. He often posts pictures of his niece and nephew on Instagram.

On the other hand, the pair are proud parents of two dogs: Gussy and Sadie. In addition, the couple has a fur cat named Lizard.

Sent this pic to my sister in Hawaii at 5am this morning. I did not realize at that time how handsome Gus is when he wakes up! If only I could pull that off. #dogsofmainecabinmasters #kennebeccabincompany #lablife

How Much Is Ryan Eldridge’s Net Worth?

Like his wife, Ryan Eldridge gained fame and fortune after making his appearance on the reality series Maine Cabin Masters. The show premiered on February 23, 2016, and as of July 2020, the show is in its fifth season. Over the first three seasons, the show garnered lots of love from the viewers and became DIY’s highest-rated show.

Ryan is a TV personality before that he is a carpenter. He has been on the Maine Cabin Masters since season 1. On the show, Ryan and his team reuse the old materials and saving pieces of the building history. Besides the show, Ryan runs a podcast From the Woodshed along with his brother-in-law, Chase Morrill. Chase and Ryan even took an interview with his co-stars on the podcast.

Eldridge accumulates a massive worth over the years. As of 2020, Ryan Eldridge’s net worth is about $250,000. He also a piece of property in West Gardiner, which he purchased a decade ago. They built a home there and living happily with his wife and pets. Furthermore, he has a workshop.

Ryan Eldridge Is On Social Media

The Maine Cabin Masters reality star is very much active on social networking sites such as Facebook and Instagram, but he doesn’t have a Twitter account. He loves influencing on social media. He keeps updating about himself and his work.

No, Ashley and Ryan Eldridge haven’t any kid.

There is no information about his college.

Ryan seemed to be in his late 40s.

Ryan’s favorite movie is The Goonies.