There are massive reality shows that flooded networks across the board. Among them, Maine Cabin Masters is one of the most famous shows on DIY Networks. The show premiered in 2016 and currently running in its fifth season.

The shows center on contractor Chase Morrill who teams up with his sister and brother to saved and abandoned cabins which buried deep in the remote woods of Maine. As a reality star, Jared Baker, aka Jedi, came to fame after he joined the Maine Cabin Masters. So, who Jedi is? Is he married? Let’s find out the answers to the following questions.

Who is Jared Baker?

Jared Baker is one of the leading characters of the Maine Cabin Masters. He is famous as Jedi. Jedi was born and spent his childhood and adult life in Maine. Like most reality stars, the Jedi’s early life and family background are still mysterious. 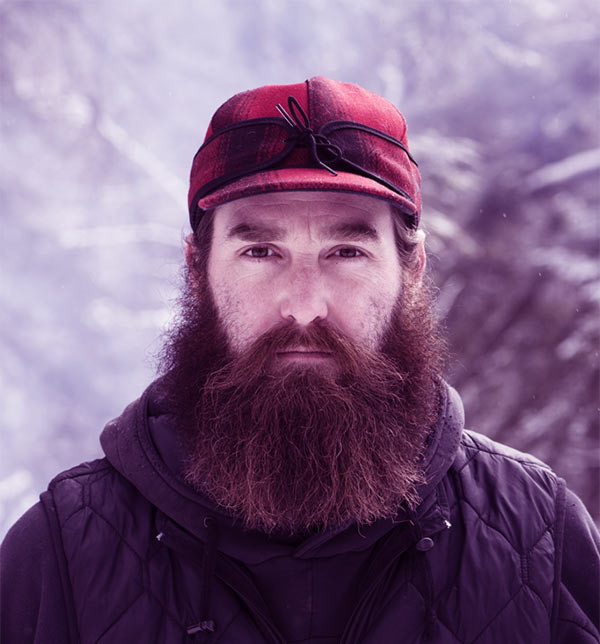 Caption: Jared Barker aka Jedi is a cast member of the Maine Cabin Masters

Alongside his team, Jared renovates the old cabins and transforms into the new beautiful home suing their creativity. He has been in the show since it’s premiered and appeared in a total of 71 episodes.

Jared and his friend, Jim Coan, were football coaches together. Aside from that, he enjoys playing Ice hockey as well as Goalie. He started playing hockey when he was two years old. Jedi waked up early at 4 am before going to school in the morning. He appeared on Chase Morrill podcast, From the Woodshed in June 2020.

Who is Jared Baker’s Wife?

Jared Baker is a private person who loves to keep things to himself. He has a long brown beard with a standard height. However, we don’t have a clue that he is married or still single. He never talks about his personal matter on the media.

If Jedi doesn’t want to be on camera, he’ll swear and smoke cigarettes, said Chase Morrill. Also, there is no information regarding his dating affair. Nonetheless, Baker hasn’t posted a single picture with a lady on his social media. We can say that he is alone and enjoying his life.

How Much is Jared Baker’s Net Worth?

As earlier mention, Jared became the viewers’ favorite after he was cast on Maine Cabin Masters. Like other cast members, he earns a significant worth from the show. He has been on the show since the first season.

Jared Baker accumulates a net worth of around $250,000 over the years. Aside from the show, he is also a part of Kennebec Property Services LLC, located in Wayne, Maine.

Jared Baker is a Dog Lover

Jedi loves dogs so much. Even he has a dog named Suzy and Gucci and took it wherever he goes. When facing the question, “what animal would he be?” Jared answered he would be a bald eagle.

Are you friggen silly… don’t believe what they tell you! Everyday is national pet day! 🐶 Woman walks the streets like she's the queen of the town Doesn't talk very much, she's very profound! . . . #suzygreenberg #englishsetter #runslikeanantelope #shessomajestic #shesmental

Jared was born and spent his adult life in Maine. However, he hasn’t revealed the name of his parents but does post pictures of parents on social media. Back in 2017, Jedi posted a picture of his mother on Instagram with a lengthy caption. Through the post, he wished his mom a happy Mother’s Day.

It kills me to think I never took the time or later on had the ability to sit and indulge in adult conversation. Everything that was unspoken was felt without saying but it doesn't change the fact that I would give anything to be able to say those things or anything to you. I know 100% you are up there smiling and laughing at something. Happy Mother's Day Ma.

Jedi is a nature lover and loves hiking and playing outside on the water. Besides, Jedi enjoys roaming the city, exploring the woods in his leisure time. Baker once said he got injured falling off from the roof and broke his leg after misplacing home keys at 2 am in the pouring rain.

Jedi has an Instagram and Facebook accounts. His Instagram username is “@redi54,” where he has over 5k followers. In his Instagram bio, he states, “The phone and the scenery do the work, I’m just lucky enough to catch it.”

Jared’s favorite song is Man in Black by Johnny Cash.

His favorite tool is a Dewalt flex volt system.

Jared loves playing roaming the city and exploring the woods.