Now Trending:
Home
TV Show Cast Member
Is Chuck Seitsinger Dating again after Divorce with Ex-wife? Where is He Now?

Coronavirus is already keeping us locked up in our houses, and what’s worse is now all most of our favorite entertainment is also under halt. Currently, more and more series, shows, and movies are coming back to production, but we still have no news of ‘Street Outlaws‘ and, thus, its cast members too. Where is one of the stars, Chuck Seitsinger? What is he doing now?

Something serious did happen to Chuck; find out what. Also, learn his biography complete with his net worth and married life. Is he dating already after divorce from a previous marriage? Let’s find out.

Chuck Seitsinger is one of the most famous racers in Oklahoma and maybe even the whole country on both the professional and street levels. Although professionally also successful, Chuck Seitsinger is relatively more popular as star of the Discovery show ‘Street Outlaws.’ Seitsinger was born in 1970 and raised in the streets of Oklahoma City, Oklahoma. This puts his age to be 50 years in 2020. 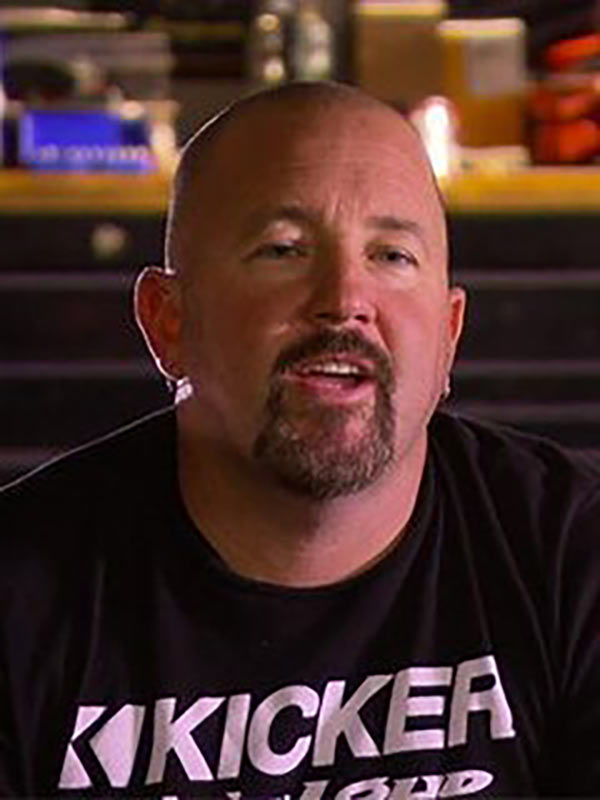 Chuck’s deep love for cars began around the time he was 16 years old and would quench his thirst by watching racing shows on TV. After graduating from Edmond High School, he began working for Honda as a Tech in 1990. He would attend every workshop available to become a Honda Factory Trained Technician with proper certifications.

The year was 2001 that Seitsinger would finally start pursuing his racing career by beginning to build his Race Car, the rest of it is history. He was the NOPI Drag Racing Association‘s Rookie of the Year and Nitrous Express P/4 XBOX Cup Championship in 2004 in the 4-cylinder division.

Today, people on both the professional and street racing level recognize him as one of the fastest racers on a small-tire car, which is the iconic 1989 Ford Box Body Mustang, aka “Death Trap” in the 405. He became even more renowned through Discovery’s “Street Outlaws,” which he has been a part of since the beginning of the show. Sources estimate Chuck’s net worth to be around $650,000, but it may be even more.

Chuck Seitsinger’s married life is a bit on the secretive side when it comes to his bio. We are not going to beat around the bush much as we already know that you must at least be aware of the fact that he was married. Yes, we said, “He was married” because he is not anymore. Chuck was previously married to his former wife, Chelsea Swanksinger. 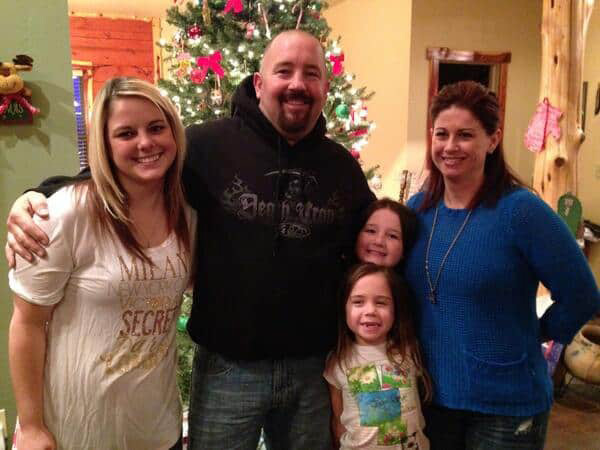 Caption: Chuck Seitsinger with his wife, Chelsea, and children

Anything and everything except the name of his wife is a secret about his former marriage. We even don’t know when their wedding was or how they met. All we know is that the two must have been married for quite a long time, considering how they share three children, all three of whom are daughters.

His eldest daughter’s name is the same as her mother, Chelsea K. Seitsinger. Chelsea is a bit of a car enthusiast, just like her father, but she also is an animal lover who professionally is a veterinarian after graduating from Oklahoma State University in Veterinary Medicine.

We only know the name of his middle child, Maddie, and his youngest, Miranda. The couple couldn’t see their marriage despite having three beautiful daughters. There were no official reports, but only rumors that Chuck was that he had abusive behavior towards his wife and kids. 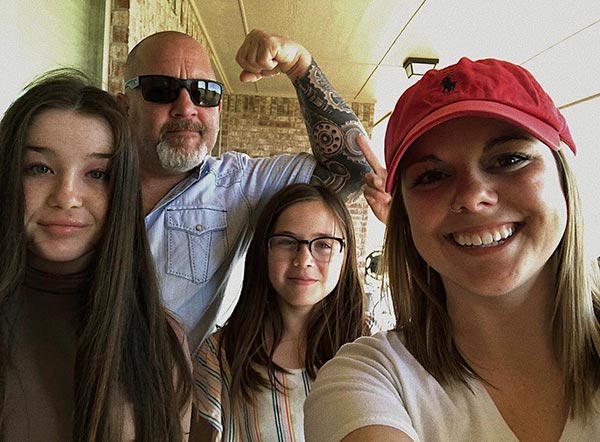 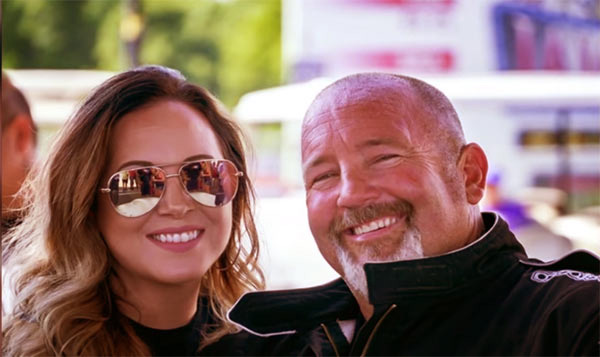 She also has other impressive bio-data of working in Marketing and Social Media at Precision Turbo and Engine and a Marketing Coordinator at Visner Engine Development. According to her Facebook, she lives in Sterlington, Louisiana, and has two daughters herself from a previous relationship.

Elle Noelle loves cars and drag-racing, so, it was practically destiny that brought her together with Chuck. Furthermore, she previously also was part of a Car company, working in their aftermarket performance department. Moreover, Elle owns her own design company in Monroe, Louisiana, by the name of Urban Heat.

Besides Noelle, Chuck was also in rumors of dating model ‘Amelia Tyree,’ who was promoting his ’55 team. According to Distractify, the couple was inseparable for almost every car show and event. However, we have no proof of their relationship being anything over professional in nature. 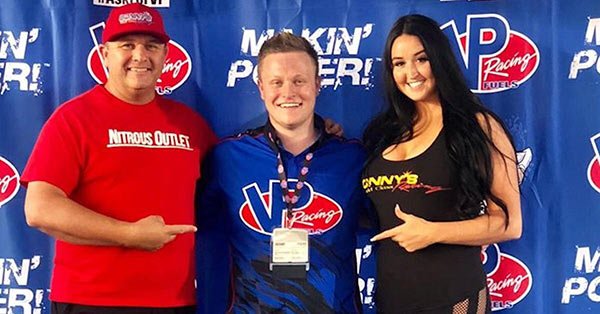 What happened to Chuck Seitsinger?

Finally, we address the critical breaking news about Chuck Seitsinger. It turns out that one of ou favorite ‘Street Outlaws’ cast has tested positive for the deadly ‘COVID-19’ virus. The 50-year-old broke out the news on July 25, after already 5-6 days under Hospital’s care, which probably contracted the disease from a friend or family member. He gave the following statement for all his fans and followers;

“Most of the world knows, I been sick for a minute,” Seitsinger said. “Sat way to long at a green light and got caught. We are battling our asses off over here, I have a super strong family and even stronger friends. I am surrounded by them all, just say a prayer for everyone, not for me but this crazy ass world. It’s a tough place. I have bronchitis, pneumonia, and, yes, I have Covid. God Bless you all, see you all very soon.” 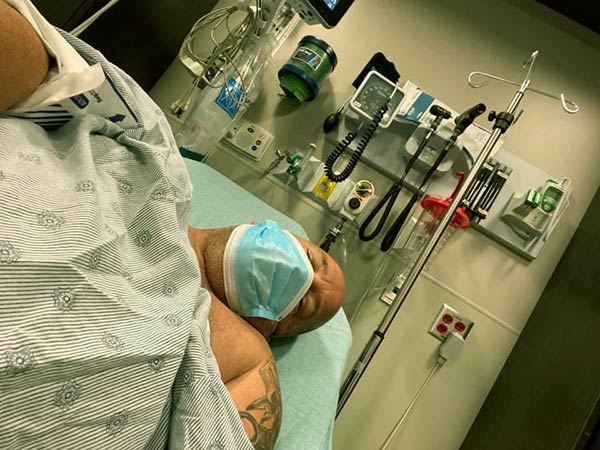 Chuck also added that over the week of recovering, he had a significant weight loss of around 28 pounds. In conclusion, he was thankful for all his well-wishers, including over 40 text messages of love and support that he got.

Chuck Seitsingher is a racer by profession who drag-racer on both street and professional level. He is famous for appearing in ‘Street Outlaw,’ a show about street drag racing circuit in Oklahoma City.

No, Chuck Seitsinger is not married. He used to be married to ex-wife, Chelsea Swanksinger, but they are already divorced now. They share three children. He is, however, dating a new girlfriend, Elisa Noelle, since 2018 and is also in the rumor of dating model, Amelia Tyree.

We don’t know when, where, or how, Chuck Seitsinger got his semi-truck. However, he owns a black 389 semi-truck, which began to appear in his social media posts since early 2018. He probably bought the truck to transport his cars, but other than that, we have no info on his new and fancy vehicle.